Creighton Pro is a unique in its own sense, the typeface has been designed by Steve Jackaman and Ashley Muir. It was their initial joint attempt to craft an appropriate lowercase for Les Usherwood’s ‘Elston’ typeface. The lettering was based on a few characters from an old German typeface refered to as Hermes Grotesque (Woellmer, Berlin). But the latest design had its own identity and character. 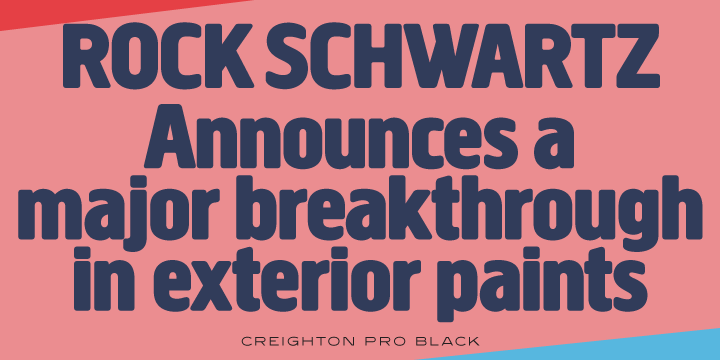 The designer duo christened it ‘Creighton’. Initially released as a four font family, the designers have recently added eight more weights and transformed the entire family into ‘Pro’ versions.