Thirsty Script Created by Ryan Martinson, Thirsty Script is an out and out contemporary script born out of union among the following elements:

The final result was a typeface that represents modernity with a dash of vintage vibe in it. The font is friendly and can be referred to as a mixture of – 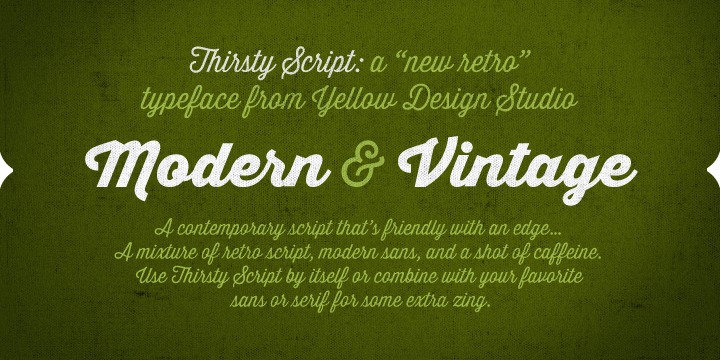 • Kick that one gets from a shot of caffeine